I have the chance to speak on the Mobile app Europe conference in Berlin. The speaker with the most votes wins a ticket.

Vote for my presentation “My first approach in testing wearable apps”

On this link you can vote: Mobile app speech clash

I also made a small promo for my presentation. 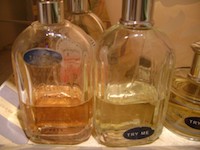 Meaning is determined by its context. This may sound very logical. If you are discussing face-to-face, the emotions give relative weight to the words. But not only the context of this moment determents what a word means, also the history of both the speaker and receiver. This is not only the case in ordinary life, but also when you are testing. An example where the context is not understood can make clear why every test should start with the question: “What do you mean?”

This weekend I had a beautiful example about context and meaning. My son is five years old and is very interested when grownups are talking. It looks likes he’s playing in his own world,  but he hears everything. Everything he hears is place it in his 5-year-old-child context.  This weekend we were talking about cleaning the house and closets for the new year (spring cleaning). My mother-in-law was telling how a big box has fell down on the floor and that almost all her bottles of “Eau de toilette” were broken. The way she said it triggered my son to stop playing, jump up from his chair and run to the bathroom. He comes back with a big smile on his face and says “no, granny. The toilet is working just fine, it is not broken”.

We looked at him and first had no idea, but then we understood his interpretation and it took a half hour of laughing and wiping our tears. We understood why he ran to the toilet. He heard oooh, the toilet it is broken, instead of my Eau de toilette is broken. It is only since a few weeks that he fully goes to the toilet, by himself, and doesn’t have little ‘accidents’ anymore. So the toilet is very important to him at this point in his life. He is growing up and becoming ‘a big boy’. But I think he also what to show that he is really listening to us, but also wants to understand what he is hearing.

His meaning and our context make a beautiful example of what we do as a tester every day. We hear this and give meaning to it, ‘our’ meaning I should say. Without the correct context it can become very funny. 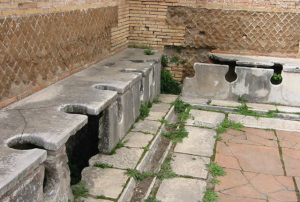